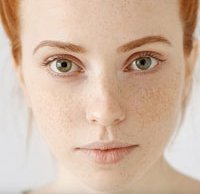 When sharpening your digital images, such as in Photoshop, what is actually happening? As Unmesh Dinda of PiXimperfect explains in the video below, digital sharpening involves adding contrast around just the edges. When you sharpen an image, you often see more apparent visible detail, but by adding contrast around the edges, you can also introduce halos. When we refer to "halos," what we are referring to is the white glow around objects in an image. For example, when sharpening a landscape image with mountains, halos may appear around the edge of the mountain against the sky. The brighter side of the edge (sky) becomes brighter and the darker side of the edge (mountain) becomes darker due to the increased local contrast. The rest of the sky, however, remains unchanged, meaning that the edge nearest the mountain becomes relatively brighter and seems to glow. This can be very distracting.

Fortunately, there are methods you can use in Photoshop to add apparent detail to your image without having your final image negatively impacted by halos. Before following along with Dinda in the video below, it is worth noting that sharpening should be the last step you execute when editing your photos. After making any desired edits on their own layers, it's time to sharpen. To see how to set up your layers and sharpen your images without any halos, watch the tutorial below. For more great photo editing tutorials from Unmesh Dinda, visit his YouTube channel.