Previous Story Nikon Photo Contest winners for 2018-2019 unveiled!
Next Story Evoking emotion in landscape photography: The importance of creating a connection with the viewer 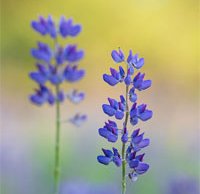 When Fujifilm launched their GFX medium-format mirrorless camera system in 2017, the GFX 50S immediately impressed me with its excellent image quality. However, the 50S, and subsequent GFX 50R model, both delivered subpar autofocus speeds and sluggish overall performance. The brand-new Fuji GFX 100, however, doubles down on image quality while also introducing a new hybrid autofocus system, in-body image stabilization, 4K video recording and much more. During my hands-on time with the Fuji GFX 100, I was consistently impressed by the camera's handling, image sensor, improved autofocus and bevy of unique features.

At the core of the GFX 100 is its new 102-megapixel backside-illuminated image sensor. This image sensor offers the same ISO range as the 51-megapixel sensor found in the GFX 50S and 50R while delivering a much larger image and 16-bit depth. The GFX 100 is capable of producing images with amazing resolution, pleasing colors, nice tonal transitions and a lot of dynamic range. You would think that with this much resolving power and a medium-format sensor, you'd need to always shoot on a tripod, but with the GFX 100, this is far from the case. The GFX 100 is the first medium-format camera with in-body image stabilization, and it works really well. In fact, in general, the GFX 100 is very easy to use. Part of its ease of use is due to the much faster autofocus system. The hybrid autofocus system is underpinned by 3.76 million phase-detect autofocus pixels, which cover nearly the entire image sensor. The result is very good autofocus performance, even in low-contrast and low-light situations. Despite its 102 megapixels, the GFX 100 can even shoot continuously at up to 5 frames per second. While the buffer is not very deep, it does clear pretty quickly, and the GFX 100 proved to be a surprisingly capable wildlife camera. Fujifilm GF 32-64mm f/4 lens at 35mm (28mm equiv.), f/8, 9s, ISO 100. This is a focus stack comprised of six separate images shot with the above settings. This image has been converted and processed to taste in Adobe Camera Raw.

To read my full thoughts on the GFX 100 and to see many more sample images, head over to my Fujifilm GFX 100 Field Test. While there is a lot to like about the GFX 100, it does have numerous shortcomings, both of which I discuss extensively in my Field Test. The GFX 100 is excellent, but is it worth $10,000 USD? Read on to find out.

Tweet
Comment
Previous Story Nikon Photo Contest winners for 2018-2019 unveiled!
Next Story Evoking emotion in landscape photography: The importance of creating a connection with the viewer