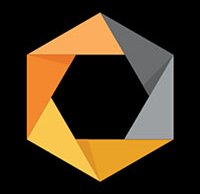 Back in 2012, Google purchased Nik Software. The following year, Nik was rebranded as “Nik Collection by Google” and its price was slashed. Then in early 2016, the collection of Photoshop plug-ins was made available for free. This was great news for photographers looking for free photo editing software, but it did concern me about the possibility of future updates. At the time, Google’s announcement referenced future updates for Google Photos and Snapseed but did not mention development for the Nik software suite.

What started as an unofficial concern has now been made official by Google. Their Nik Collection page now reads the following at the top, “We have no plans to update the Collection or add new features over time.” This was a long time coming. The Google Nik Collection had not been updated since May 2014 when Analog Efex Pro 2 was introduced. After Google’s acquisition of Nik, Analog Efex Pro was the only new software and the rest of the suite received only bug fixes. Now if new versions of Photoshop introduce compatibility issues or bugs with the Nik Collection, even those won’t be ironed out by Google.

Although not surprising, this announcement is a real shame. While there are many great Photoshop plug-ins, the Nik Collection has held a primary place in my personal editing workflow for nearly a decade. There are very few images I don’t edit using Color Efex Pro and Silver Efex Pro is still the best black and white conversion software I’ve used. Viveza is also one of my favorite methods for making localized adjustments to images. Of course, photographers can continue to use the software, and for those who have yet to give it a try, the entire suite is still available for free and worth trying, but I wouldn’t dedicate much time to learning all the ins and the outs of the software at this point.

It’s unclear what Google plans to do with Google Photos and Snapseed, but their focus seems to be primarily on mobile applications and technology at this point. I’ll continue to use the Nik plugins for as long as possible, but the latest news is reason to start integrating alternatives into my workflow.