Previous Story Editing photos in Lightroom: The best sliders and how to use them
Next Story A complete portrait retouching workflow inside Adobe Lightroom (or Adobe Camera Raw)

Phase One IQ4 150MP Field Test: Is this the new standard-bearer in image quality? 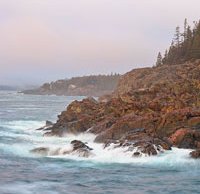 Last year, I went hands-on with the Phase One IQ3 100MP Trichromatic digital back and the existing XF camera body. The 100-megapixel medium-format sensor impressed me a lot, although I had some concerns about the user experience with the IQ3 digital back. Late last year, Phase One announced a new series of digital backs, the IQ4 series, including new 150-megapixel image sensors.

Earlier this month, I spent a couple of weeks with the XF camera again, but this time with a IQ4 150MP digital back. The updated digital back not only includes a new medium format image sensor, but it also features Phase One's new Infinity Platform, which offers improved speed, performance and better Capture One integration. These improvements have alleviated some concerns I had with the IQ3 Trichromatic last summer.

The star of the show with the IQ4 digital back is the image sensor. After all, you invest in a medium-format camera system primarily for the amazing image quality, and the IQ4 150MP has great imaging performance in spades. The backside-illuminated CMOS image sensor delivers 16-bit raw files and promises 15 stops of dynamic range. During my testing, the sensor delivered images with excellent detail, very good color and incredible flexibility during raw processing. The downsides to working with such a large, high-resolution sensor include rather slow shooting performance, autofocus limitations and more. There is much more to say about the Phase One XF + IQ4 150MP, including more about the pros and cons of using the system out in the field, so head to my Field Test to read all my thoughts on the XF camera and new IQ4 150MP digital back.

Tweet
Comment
Previous Story Editing photos in Lightroom: The best sliders and how to use them
Next Story A complete portrait retouching workflow inside Adobe Lightroom (or Adobe Camera Raw)