SLR vs mirrorless: What’s in the camera bags of The Camera Store TV hosts Chris and Jordan? 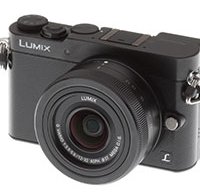 If you're a fan of the Camera Store TV YouTube channel then you've probably wondered over the years what gear Chris and Jordan have in their personal camera bags. Well, now you can find out!

But hold your horses because despite liking all of his Nikon gear, Chris doesn't use SLR cameras much anymore and often opts for a mirrorless system instead. Among mirrorless models, he likes the compact Panasonic GM5. As a side-note, you can get the now discontinued GM5 with a 12-32mm kit lens for the ridiculously good price of just under $500 right now at Adorama.

I don't want to give away what's in Jordan Drake's camera bag or what The Camera Store TV uses to shoot their videos for the channel, so be sure to watch the video below for the pair's discussion on camera gear.

If you're interested in seeing some older gear, Chris and Jordan recently took a look at the digital rangefinder Epson R-D1 camera as part of their "Unsung Cameras of Yesteryear" series. This camera was the first digital camera body to use a Leica M mount and also the first consumer-oriented digital mirrorless interchangeable lens camera so it has an important place in history even though Epson has since stopped making cameras.

For more videos from Camera Store TV, check out their YouTube channel.