About IR > The Team 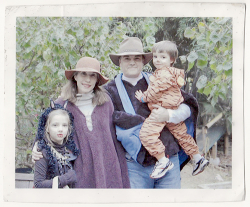 I fell for photography in 1981 and have been in love with it ever since. I had a big passion for working in the darkroom back in the day, even had a little one in my high school bathroom, and remember spending long nights processing images to my heart's content (lots of burning and dodging!). My first 35mm camera was a little Olympus Pen, and I later got a Nikon SLR rig, both of which served me well for many years.

In 2012, I was fortunate enough to be invited to the headquarters of IR where I began working part-time doing layout work for them. Within a few months I began doing camera reviews as well, cutting my review teeth on the neat little Sony HX30V and the imminently cool Fujifilm XF1.

In late 2013 I became the Managing Editor for IR, which keeps me fairly busy most of the time but still allows enough time left over for shooting and reviewing cameras. Below are some of the reviews and articles I've done for IR over the past few years. Feel free to email me with any questions about the cameras I've reviewed or the photos captured with them (or anything photography-related for that matter!) and thanks for being a part of the IR community.

Some of the articles and reviews on Imaging Resource by Dave Pardue:

• Hands-on with the Fujifilm XF 200mm f/2: An exciting and fast telephoto prime

• Confusion in the camera industry: One reviewer tries to make sense of it all

• Nikon P1000 Field Test Part I: First impressions from the far away world

• Best portrait camera and lens combination under $1000: A first among equals

• A day in the life of the Panasonic ZS200: Gallery images from this 360mm compact

• Panasonic 200mm f/2.8: Taking the brightest MFT long prime out with the GH5

• How to photograph the Coke & Mentos trick (better than anyone else!)

• Fuji X-T2 Field Test I: Taking the new flagship Fuji into the eye of the storm

• The best overall camera and lens combination for under $500

• Panasonic 100-400mm: The longest-zooming lens in the MFT world hits the real world

• Does the Loch Ness Monster have a brother on Saturn's moon Titan?

• Olympus OM-D E-M10 II conclusion: The most capable all-around camera in its class

• Shooting with Underwater Housings: Warning - it is HIGHLY addictive

• How to photograph fireworks: It's a lot easier than you might think!

• Sony HX90V Initial Gallery Impressions: To boldly go where no smartphone has gone before

• The Art of Capturing Aurora: An interview with photographer Jeremy Gray

• How to photograph indoor sports on a budget: A primer for beginners!